The programming adapter AD-VarioPass 3 is a galvanic separated programming adapter, which is operated with the PC via an USB interface. With this USB programming adapter, the digital devices of the company Adamczewski can be parameterized. The AD-VarioPass 3 is simply connected to a free USB interface of the PC via the enclosed USB cable. The AD-VarioPass 3 has, on the secondary side, three device interfaces, which create the connection to the device with diverse cable connector, which are supplied. It has a jack plug (UART interface), via a double terminal (RS485 bus) and a pin connector (UART+interface). Dependent on the device, the correct interface is selected. Two or three interfaces must never be used simultaneously. For the correct function of the programming adapter, the suitable hardware driver must be installed. As soon as the driver is installed correctly, a virtual COM interface is established, via which the communication to the device is realised. To obtain access to the parameter of the connected device, it is recommended to install the free-of-charge configuration software AD-Studio. The current versions of the software and of the hardware driver can be downloaded from the download area of the homepage of the company Adamczewski. When installing the software AD-Studio, the hardware driver for the programming adapter AD-VarioPass 3 can also be installed. With the AD-VarioPass 3 and the configuration software AD-Studio, all digital Adamczewski devices can be parameterized. 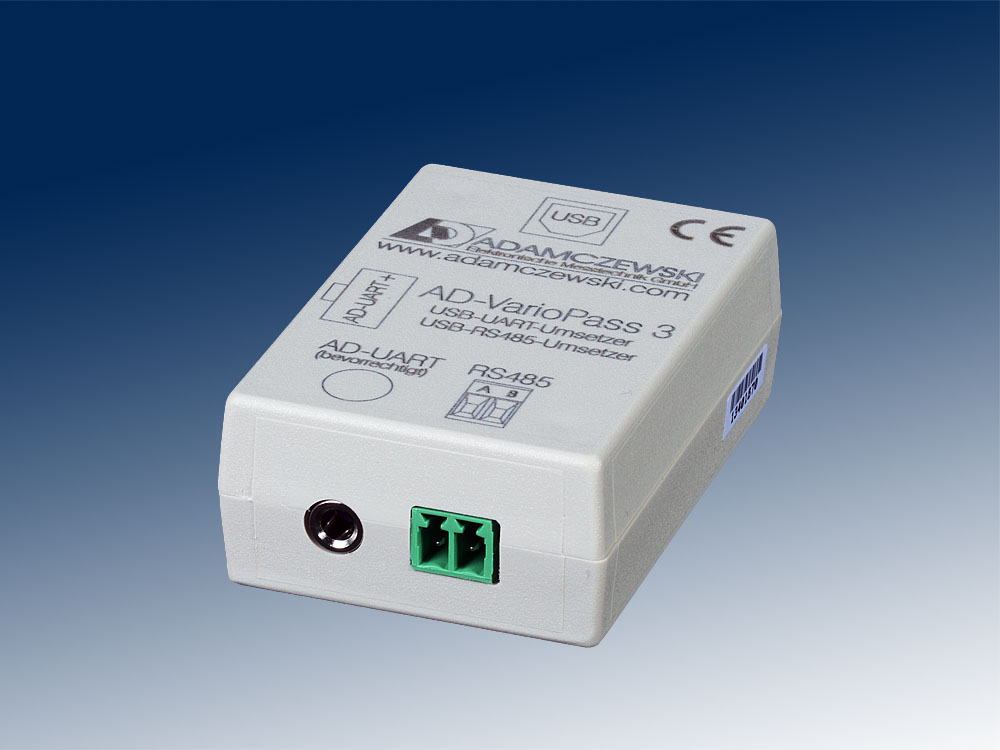 Access to all digital devices of the company Adamczewski from the PC.